A leader is a dealer in hope-Napoleon Bonaparte.

The  coronavirus pandemic, known as Covid-19, represents the greatest threat to mankind since the second world war. it joins a long list of previous mass killers such as malaria, the Black Death, smallpox and the Spanish Flu ( 1918-1920).

Every race  and every nation on  Earth is facing the same deadly threat from this latest, lethal  pandemic. We live in unprecedented times as all nations try to respond to an unseen and deadly enemy which travels seamlessly across  land and sea. It respects no borders, nations or people.

This pandemic is the first worldwide pandemic this century. It has had a catastrophic impact on society bringing  illness and death. As a result of drastic measures to control the spread of the coronavirus, millions of people worldwide  have lost their jobs while the mass closure of business and trade has  caused a world-wide recession.

Coronavirus clampdowns have restricted people to their homes and have ravaged the global economy. Social distancing has become the new norm. This pandemic has the potential to cause significant human tragedy, so many countries are “at war” and on a war footing, according to French Prime Minister  Francois Macron.

As the virus exploded into a pandemic and the threat to global health became a worldwide crisis, leaders found themselves grappling with the unexpected on a grand scale. Fear and panic rapidly increased as health services felt the strain of virus-related illnesses and deaths. Economies have shut down, supply chains have been broken and new norms of social distancing and strict stay at home policies have been universally applied. Social gatherings are banned and schools are closed.We are now living in a fast moving and very difficult world of unknowns. Traditional assumptions about, healthcare, business, education and social relations have been shattered.

In seeking to  tackle the  rapidly-spreading  pandemic the majority of political leaders have determined  that their actions will be informed by the best available medical advice. Most have implemented crisis management plans to mitigate the pandemic crisis by trying to stop or slow down the spread of  Covid-19. They have mobilised all available resources and expertise and sought to have all agencies of the state coordinate their efforts.

People crave leadership in a time of national crisis.This is a time when good leaders stand apart from the ordinary as they show initiative, composure and bravery. They know that if they appear in control, their people will feel more in control. A major crisis brings out the best qualities in the best leaders.

This pandemic has shown how leaders of quality stand apart from the pretenders. In today’s world of instant communication most leaders are subject to public scrutiny and their every action is scrutinised and assessed. People need to have a real sense that their leaders are making decisions in the public interest and with the assistance  of relevant supports and expertise

Crisis management is one of the core functions of leadership. Stakeholders look to their leaders for clear and unambiguous leadership. Good leaders show courage in times of uncertainty. They embrace uncertainty by taking fast action and timely decisions in the interests of the common good. While they can’t control events they can control their reactions. By remaining calm they instill confidence. People need to have a real sense that their leaders are capable of taking  the best informed decisions at a time of national crisis.

With the rapid worldwide spread of the coronavirus the main focus of most political leaders is twofold-the maintenance of community health and the long-term recovery of their economies. Global health is under threat and  healthcare systems are under strain as they seek to cope with virus related illnesses and deaths. Leaders are facing a fast-moving and  difficult world of unknowns as they grapple with the unexpected on a daily basis. 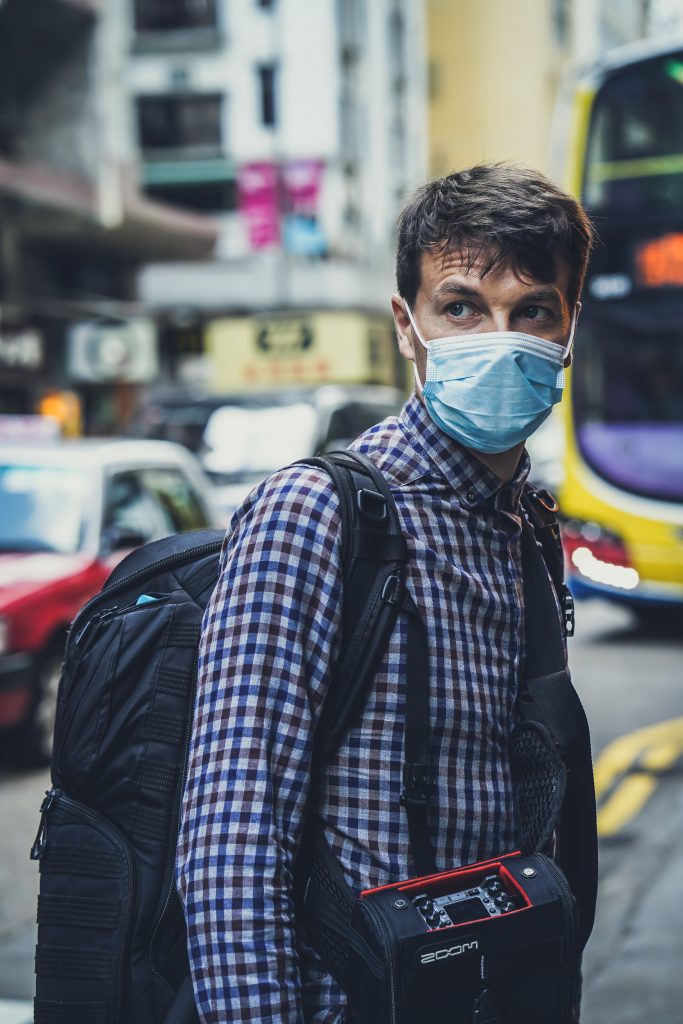 (Photo by Free To Use Sounds on Unsplash)

Managing the public’s expectations is a core leadership challenge during this pandemic crisis. If leaders are to inspire confidence and build commitment they must first manage the public’s fears and anxieties. Leaders need to show calm determination as they make informed decisions based on hard factual data, not on speculation or opinion. Public confidence must be earned and it can be very fragile when fear stalks the land.

Good leaders know that consistent and reliable updates on the current pandemic crisis will assure the public, but only if there is clear and constant messaging which properly defines  reality. The public  needs to know the extent and the progress of the virus threat and they need to know why certain actions are being taken in response. Confidence-building must be the number one priority if leaders are to maintain public support. Some quick wins in the fight against the coronavirus can have the effect of assuring the public that their sacrifices in relation to cocooning, social distancing and lockdowns are having an impact.

Crisis decisions must be followed by strategic decisions and leaders will be challenged by both types . Crisis-led decisions are what defines the current reaction to the immediate and widespread threat caused by the coronavirus. Planning for an unknown  future is now also a strategic concern of leaders across the world. In light of a grave worldwide depression now upon us, the challenge for all political leaders is to rebuild a brave new world from one which has utterly changed. This will require strategic actions and long-term planning. A world currently in fear of a virus could soon become an angry world with millions unemployed through sudden job loss. All nations face an uncertain future and those with the best leadership will have the best chance of recovering their economies sooner rather than later.

There are some good examples of leaders who are displaying  decisive leadership and commanding public confidence.  New Zealand’s Jacinda Ardern has won worldwide praise in the way she has led her people through  this current and previous crises. Her quick, decisive and drastic ealy actions to control the spread of the pandemic virus has resulted in relatively low infection and death rates in New Zealand. As a leader with a degree in communications she has put her expertise to good use through constant, clear messaging on the need for sacrifices to defeat the virus.. She has shown great empathy during the lockdown by means of her informal Facebook Live chats from her own living room. She is with her people at their time of need.

In Ireland , Leo Varadkar, a doctor by profession, has volunteered for one day each week to work again in the medical profession. His medical background lends authority to his broadcasts to a worried public, where he clearly sets out the need for drastic measures to tackle the pandemic crisis. The public are generally supportive of his leadership in this time of unprecedented crisis. Political rivalries  have been set aside as political parties show common cause in trying to defeat the common enemy.

In Germany, Angela Merkel’s plain speaking style indicates her professional scientific career before politics. She has bluntly told her people  “the situation is serious, take it seriously”. She now has a 79% approval rating and Germany has responded well to the pandemic threat.

In Britain, Prime Minister Johnson was initially criticised for mixed messaging and for his government’s slow response to the pandemic threat. In France President Macron stated that his country is at war. America’s President Trump has shown himself to be unpredictable, untruthful and undependable.

Leaders own values influence their leadership and determines how they act. Values also influence vision and the coronavirus pandemic crisis has forced many leaders to look internally to evaluate if they are living by their values. In a crisis situation values do matter because a questioning public will want their leaders to display honesty, to speak truthfully and to act transparently.

Our world has been turned upside down in a few short weeks. Now more than ever, political leaders need to look beyond the darkness to paint a vision of a rebuilt society and economy in the future which is infused with hope not despair. It may take the discovery of an effective treatment for the coronavirus to fully deliver us from the threat of viral infection so that we can face a better future.

In the meantime, we need our leaders to provide stability, show compassion, engender trust and inspire hope. We want them to demonstrate courage in uncertainty, resilience in the face of challenges and we want them to be right at the end. Their leadership will be truly measured by how well they will have led their people through this unprecedented crisis. They will be judged later.

A leader is the one who knows the way, goes the  way  and shows the way- John C. Maxwell.